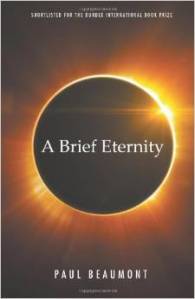 A Brief Eternity
By Paul Beaumont

PLOT
The Rapture begins on Jerry’s normal, everyday route to work. Jesus swiftly returns to earth to take all the believers with him back to paradise. Jerry soon finds himself transported up in the clouds to live a new life in heaven; however the last thing he witnesses on earth is a heavily pregnant woman holding her hands to her ears waiting for the trumpet to stop, unaware this would haunt and question why she was abandoned by God. After several weeks Jerry discovers that not everything’s perfect in paradise as the timing of the rapture was a mistake, due to error in software testing that had forced God’s hand with the Second Coming and that no one was really ready for it. In order for Jerry to save his girlfriend, Rachael and his family and friends from their eternity in Hell and the threat of oncoming Tribulation he must put them through the re-trial process, but first he must get Jesus’ permission. Jerry seeks the help of his mentor, Bob and his friends who are familiar with the passages in the Bible that will provide Jerry with a good argument in court, unaware his arch enemy, Nathaniel is out to destroy any evidence that may help his case in the high court.
Will Jerry succeed in his mission to rescue Rachael from an eternity in hell? If so, at what cost? Or could it be the main protagonists are left with a number of different choices?

Dialogue
There are over a dozen distinctive voices that help to differentiate the characters; one example of this is Bob, Jerry’s mentor, who has a distinctive east end southern twang. The general dialogue is easy to follow and understand and the conversations all stay on track. No detection of unnecessary or forced or unnatural speech patterns.

Writing
A Brief Eternity examines a number of predicaments and paradoxes that are commonly believed concepts by Christians with regards to the afterlife.
P. Beaumont writes beautifully, with rich descriptive scenes of heaven and hell, described in such detail, you can almost imagine you are there the whole time. His ability to inject humour, comedy, satire and parody to engage, entertain, provoke and question the readers own religious’ ideology is pure genius and flawless. I felt a strong connection to the main protagonist, Jerry who is initially naive, yet as the story unfolds he is forced to challenge the true nature and hypocrisy of early biblical scripture into his favour in an attempt to save Rachael.
A Brief Eternity has all the merits of a standalone post-apocalypse first novel however, with its unpredictable and highly memorable ending; I daresay it’s also set up for a follow on (fingers crossed) as I would love another instalment.

Dance with the Enemy
Written by Rob Sinclair
PLOT
Attorney Frank Madena, of the USA is kidnapped and Charles McCabe, an elite member of the Joint Intelligence Agency (JIA) insists upon hiring special field agent Carl Hogan to locate the attorney’s whereabouts. However the JIA aren’t convinced that Hogan’s the right man for the job as they believe he’s a liability, unhinged and incompetent as five months prior Hogan had been tortured and left for dead by one on the world’s most wanted terrorist Youseff Selim, who the JIA suspect of having some involvement with the attorneys kidnap. Hogan sees this as an opportunity for revenge and begins his search with some unlikely leads, he isn’t convinced that the kidnap of the attorney is by Islamic terrorists as the police and FBI initially suspected. Hogan’s relentless journey for the truth leads to a string of lies and deceit that surrounds the real reason for the kidnapping and once again Hogan finds that his life is on the line. Will his mission succeed? Or will it fail? There are plenty of twists and turns to keep you guessing as the pages are turned in this fast paced espionage thriller.
Main Characters
Carl Logan: Special field agent. He has a back story that unveils itself throughout the chapters. Trained extensively in martial arts, instructed in knifes, handguns, rifles and psychological training that will help him stay alive.
Charles McCabe: One of six commanders to the Joint Intelligence Agency (JIA) Also Carl Logan’s boss for 18 years.
Frank Madena: Attorney General to the USA.
Youseff Selim: Biggest arms dealer in the Middle East linked to many Islamic extremists and one of the worlds’s most wanted men.
Richard Blakemore: Drugs and arms dealer.
Angela Grainger: FBI agent.
Dialogue
There are several distinctive voices and the conversations tend to stay on track within the chapter parameters. The dialogue is natural and flows well throughout the whole book with no signs of forced and unnecessary speech patterns.
Writing
Dance with the Enemy is a superbly written Espionage thriller and deserves to be placed at the top of any Crime/Thriller/Action list and I imagine it’s just a matter of time before this book becomes an international best seller.
R. Sinclair is a genius story teller with an exceptional imagination, not only does he introduces us to a real life likable heroin, he also leaves the reader hungry for the next instalment.
This is a fast paced breathtaking edge of the seat thriller with plenty of twist, turns, thrills and excitement to keep the reader guessing and anticipating what will happen next and I would recommend it to anyone who enjoys crime fiction.

My review of Sky City: The Rise of an Orphan. 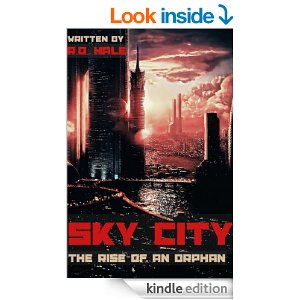 http://www.amazon.co.uk/Sky-City-Orphan-Complete-Cyberpunk-ebook/dp/B00I21QZUI/ref=sr_1_1?ie=UTF8&qid=1410687311&sr=8-1&keywords=sky+city
My review of Sky City: The Rise of an Orphan
Written By R.D.Hale
PLOT
The story is set in a dystopian city in India in the year 2045 and follows the conflict; struggle and efforts of young male protagonist, Arturo Basilides and his comrades who seek to overthrow the extremist and corrupt ruling elite in a desperate attempt to save what is left of humanity.
The biggest questions throughout the plot are will Arturo and his army of teenage orphans succeed to overthrow the extremists? And if so at what cost? Or will their rebellion fail?

Dialogue
“Shit, we´re in trouble! We need Ivor to arrive before the gunner droid or we’re dust!”
It’s a difficult thing to portray Northern English dialogue, yet Hale manages to do this in such a way it’s flawless and flows naturally alongside the plot.

Writing
Although a work of fiction Hale successfully highlights some of the current conflicts that are going on in the world today with regards to social inequality, the civilisation that humans, technology and advances in medical science can create in this thought provoking fast paced Sci-Fi thriller.
Hale is a master of depicting things of an unnatural nature and encouraging the reader to root for the underdog. 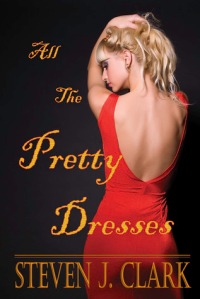 Someone is killing beautiful young women. All are dressed in expensive evening gowns when found. Can Cass Rosier, a thirty-one-year-old single mom and the first female deputy ever hired by Nicholas County solve the mystery? The answer to the question may determine whether she succeeds or not in her unexpected appointment as the acting sheriff.
When Samantha (Sam) Martin, a highly successful New York attorney and Cass’s best friend since childhood, suddenly shows back up in Summersville fleeing a nasty divorce, Cass recruits her as a special investigator on the case.
Together Cass and Sam must deal with Sam’s abusive ex-husband, Ricky, Cass’s budding new romance with Dr. Gary Coleman, and at the same time unravel the harrowing twists, turns, and surprises they encounter as they try to solve the perplexing mystery of Nicholas County’s evening gown murders.

This book has it all – An exceptional ingredient of suspense, mystery, and thriller all in one go.
I’d challenge anyone to try and put this book down when you start to read the opening chapters – As I definitely couldn’t.
Cass Rosier, is a well developed character who I felt I could instantly relate to. She is strong with a good methodological approach using her analytical and critical eye in narrowing down the when and where. She has all the qualities of a real life heroin, while struggling to establish herself in a male dominated environment.
This is crime fiction at its best and I will recommend it to everyone I know as a truly addictive read.

Luanda and Lisa share a devastating history with one-another that connects them in ways they never thought possible-they were both abducted and tortured by the same serial-killer several years prior. Luanda has the ability to enter Lisa’s mind, when Lisa allows her to and also feels her friend’s deep tormented emotions. Lisa is able to paint the demons that torment Luanda unaware that these demons are real in her friends mind and that they are threatening to change the course of Luanda’s existence. Lisa is on the run from Psycho cop who has brutally raped and deliberately planted a large amount of narcotics to force a warrant for Lisa’s arrest, so he can re-claim his victim and subject her to more terror. Luanda summons the demons to help her friend but the demons only interest is in Luanda getting pregnant and bringing another baby into the world they can take possession of. There are plenty of twists and turns to keep you guessing and plenty of thrills and excitement to provoke the reader to read further and further.

I particularly enjoyed the eccentricity of this dark, twisted and macabre story of these two young women brought together in these extra-ordinary circumstances.

The book was well edited and had a very pleasant layout.

The dialogue was easy to follow, straight forward and understandable.

Very good description and dialogue by a very competent author!

Author Mary Maddox successfully manages to combine a mixture of horror, terror, suspense, thriller and a subtle supernatural element all in one go. This is a taunt, gripping, thriller; make no mistake and it leaves little to the imagination as the pages are turned.

I’d be interested in reading a sequel to this book and would definitely recommend it to my friends. 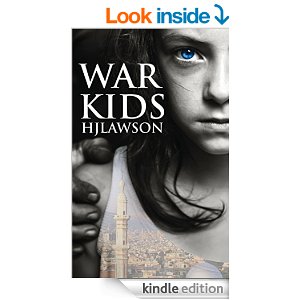 War Kids by H.J. Lawson
I received this book directly from the author in return for an honest review.

This is a compelling tale of conflict, murder, chaos, and the survival of a group of courageous children who are trapped in the civil war in Syria who try to escape to Jordan. The book depicts a number of horrifying realities of events that take the reader on an unpredictable journey through its young characters that are literally forced to leave their childhood and turn in to soldiers themselves, however the children are still naive and unaware of the political and religious ramifications of their worlds that surrounds them.

There are several shifts in the narrative voice from different character viewpoints which adds to the strength of the dialogue. The dialogue itself was easy to follow and understandable which leaves me to conclude this is written by a very competent author.
Writing

H.J.Lawson successfully manages to combine a mixture of emotions such as anger, pity and an overwhelming sense of loss for the innocent victims of stolen youth.

This is a taunt thought provoking book that grips the reader from the very first page to the last.

I’d be interested in reading a sequel to this book and would definitely recommend it to my friends.